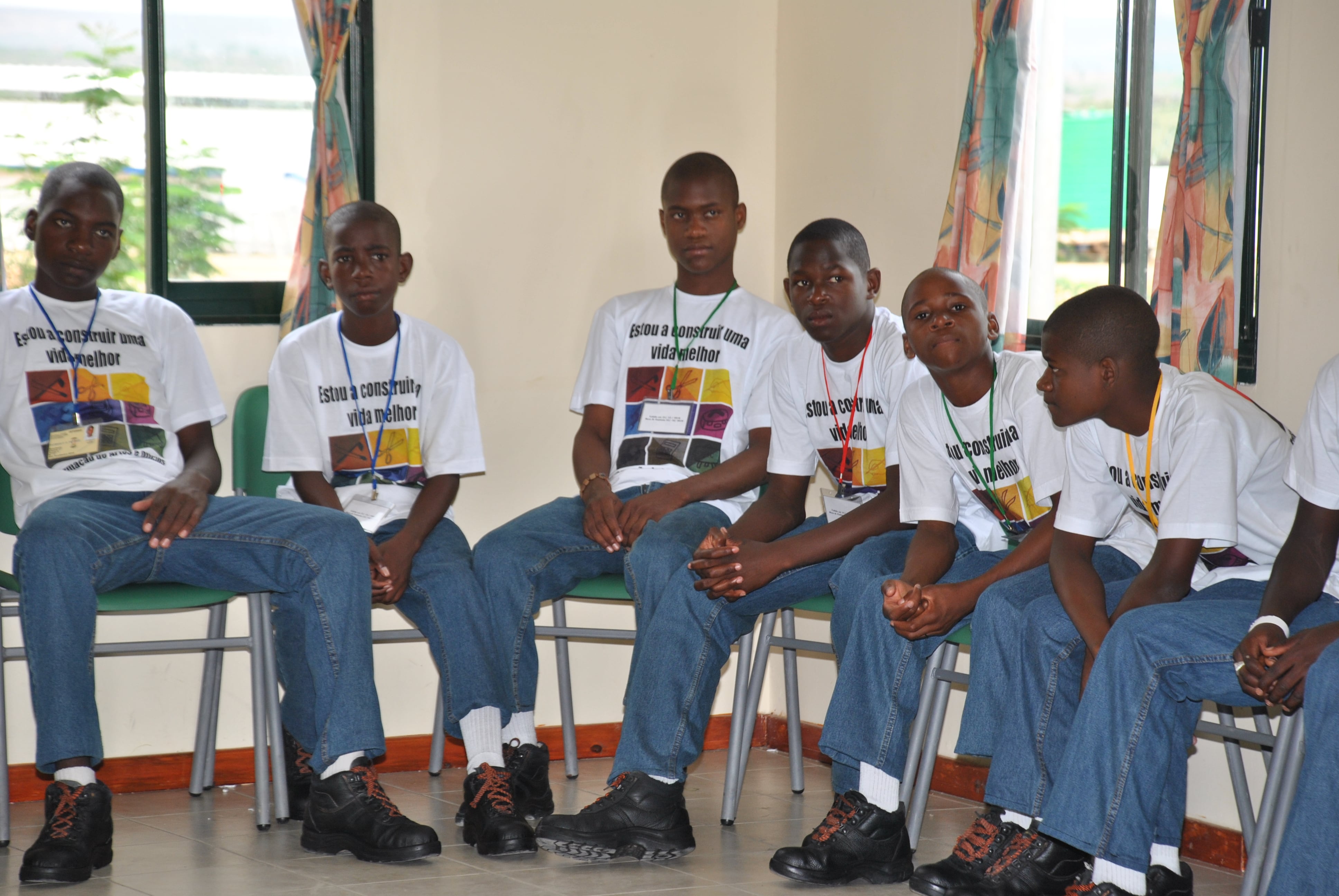 More than a professional school, Cabiri, as the others Youth Villages, is also a boarding school for young boys deemed at-risk due to disadvantaged backgrounds or to criminality. Ninety out of the 333 students enrolled there are already interning professionally, while carrying a full educational workload as part of a teaching program.

Each of them has his own story of poverty, mistreatment, homelessness, delinquency, drug abuse and psychological distress. But after enrolling in the Youth Villages program, they find a home, new friends and an opportunity to turn their lives around while being supported emotionally and professionally.

João, the boy in the pictures, is a good example of how education can change one’s path in life. Before graduating in 2013, João forged a beautiful personal path in Cabiri Village and remembers those years with great satisfaction and fondness. He says that Cabiri represented a real home and family for him, after leaving Lunda Norte Province in 2009 because of extreme poverty.

Today, four years after leaving Cabiri, João has a stable job, which he found soon after graduating. He works as a salesperson in a big agricultural equipment store in Luanda, the capital city, for the last three years. Highly different from the shy boy who used to live in the Village, João, 21 years old, is now a father of a baby girl. In his words and in his mind,he carries within himself moral and professional principles and the benefits of the education and socialization in a supportive environment that he had the chance to acquire while in Cabiri.

“I had an extraordinary change in my life thanks to the human values I have learned there. These made me what I am today: a man who trusts in his own abilities”, he says passionately. He adds that he will never forget his Cabiri experience, because it was for him a real family and home. In fact, João’s wishes are “to be a kind of a mirror for those boys living there so that I can motivate them to pursue what they want in their lives”.