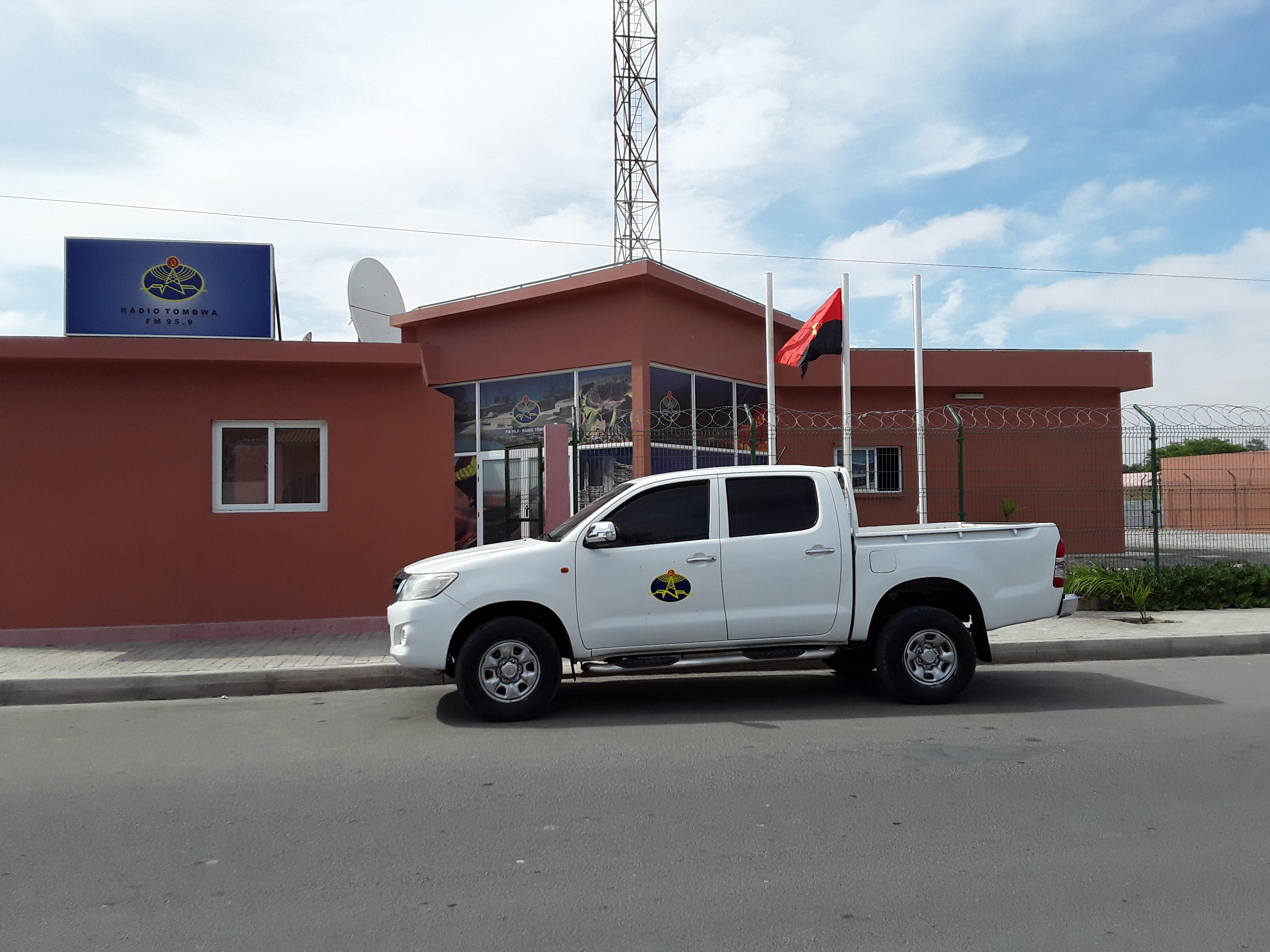 To promote a more inclusive and geographically balanced development of the country through greater access to information was the long-term goal of Green Innovations’ investee New Cognito, embracing the challenge of building and equipping 10 local stations of the National Radio of Angola network.

In African countries, in places not reached by television and internet, it is very common to see the old little radio as a faithful companion by the side of listeners. Even in cities, where other media are available, the radio keeps people company in the traffic, at their workplaces or at home. The sounds of words and music travel long distances, spreading a magic of its’ own, to inform, entertain and bond people together.

However, Angola still has wide areas where the insufficient coverage of radio broadcast signal limits the access of populations to information of local and national content. Radio stations have been mainly concentrated in urban areas – the great capital zone and the provincial main cities, where the National Radio network has local stations. In the rest of the country, the radio signal goes on or off as we get close or far from the broadcast antennas.

Thanks to New Cognito’s Community Radio Stations project, in partnership with the Ministry of Media and the National Radio of Angola (NRA), this is no longer the case in 10 municipalities all over the country. The company has built and equipped 10 radio stations in those locations, aiming to fight regional inequalities and isolation of remote areas, widen people’s access to information and entertainment, promote citizens participation and strengthen community ties. By doing so, this Green Innovations’ investee contributes to address the SDG 9 - Industry, Innovation and Infrastructure, namely the targets concerning the significant increase in access to information and communications technology and the development of quality, reliable, sustainable and resilient infrastructure to support economic development and human well-being, with a focus on affordable and equitable access for all.

With the new emitters, the power of the radio signal was increased and NRA could reach a lot more people. The radio stations (and their antennas) set by the project cover an estimated area of 78,540 km2 with new or reinforced radio broadcast signal, in seven provinces, serving around 355,700 people.

Seven out of the ten radios were equipped with studios to make local content broadcasts, although, due to RNA’s editorial strategy, only three of them – Radio Tombwa, Radio Cacuaco and Radio Dondo - are already doing so. The others only retransmit the main national radio channels: NRA Chanel A, Radio 5 and N'gola Yetu, which complement, in the first three, the local content schedule.

Having a local radio station allows around 300 people of the referred three locations to participate regularly in community lifethrough this media: calling live shows, sending letters or messages, or posting personal announcements. It also gives37 civil society organizations the access to airtime for awareness campaigns, making it easier for them to reach their target groups and wider ranges of the population. According to the radios’ directors and to many listeners inquired randomly on the streets, the audience of the radios is mainly composed by young men and men at working age - mostly students, unemployed, peasants, taxi drivers, civil servants or small businessmen. News and sports are the most appreciated contents by the audience, whose daily average of listening to radio shows is around three hours.

At the places where there is local content broadcast, the perception of the audience about the quality of the local programs is positive: 52% of the inquired recognised the usefulness and interest of the local content radio programs to their communities and 24% considered these programs very good and professional (Chart 2).

In small towns, it is commonly felt that a local radio station helps to bond people together. Heramindra César, host and reporter at Radio Tombwa, (pic) in the Province of Namibe, confirms that the radio plays an important role in people’s lives. In our programs, she says, we talk mostly about citizens’ daily life subjects: health, cooking, sports, economy and a little bit of everything. Because people believe everything they hear on the radio, it is a great responsibility for us and we always have to transmit the truth."

This young woman had the dream to be a TV journalist, but then came up this professional opportunity and she rendered herself to the charming mystery of the radio. Even after 13 years working at this station, she still feels a little shy when people recognise her name or her voice in public places, but she says it’s very good to be recognised, admired and respected by the public.

In fact, Radio Tombwa, as well as Radio Dondo, already existed before New Cognito’s project, but used to work in old buildings with poor conditions. This project was an upgrade for many professionals, as the sound operator Niclaide Xavier (pic 2) who has been working at Radio Tombwa for 12 years. She says she adapted very well to the new equipment and that her work requires her to improve herself all the time, in every new program she assists. For her, working at Radio Tombwa “is a great value; it is very pleasant, a real blessing, it is everything."

Upper North, in the Province of Lunda Norte, we find another dedicated professional: António Sueno – journalist and Director of Radio Cafunfo (pic 3) Although this station is not broadcasting local programs yet, it had a successful probation period, when it proved to be very important and helpful. António Sueno gives the example of some endemic diseases that sometimes affect the Municipality in a large scale because the population is not well informed. “With the radio, we can educate and we can help raise awareness within our population to go to hospitals.” On the other hand, he says, “there are many actions carried out by the local Administration, things that are happening in the country and at the provincial level that people do not know. But the radio could expand the knowledge, simplify the information, and everyone could hear it."